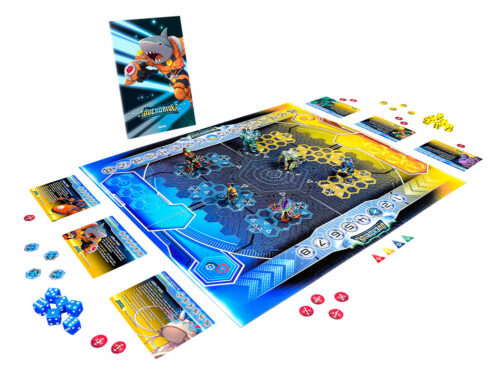 It’s time to hit the arena, Coach! Draft your team and get ready to face-off in one of six different action-packed game modes. Pass the bomb, capture the flag or fight to become king of the hill – but knowing when to unleash your players’ powerful OverDrive move will be key to coming out on top. Whatever you do, don’t go down without a fight!

After learning the basic ‘king of the hill’ game mode, it’s time to get to grips with five more action-packed ways to play. That’s right, it’s like six different games in one! Included in the box set, you’ll find rules for: